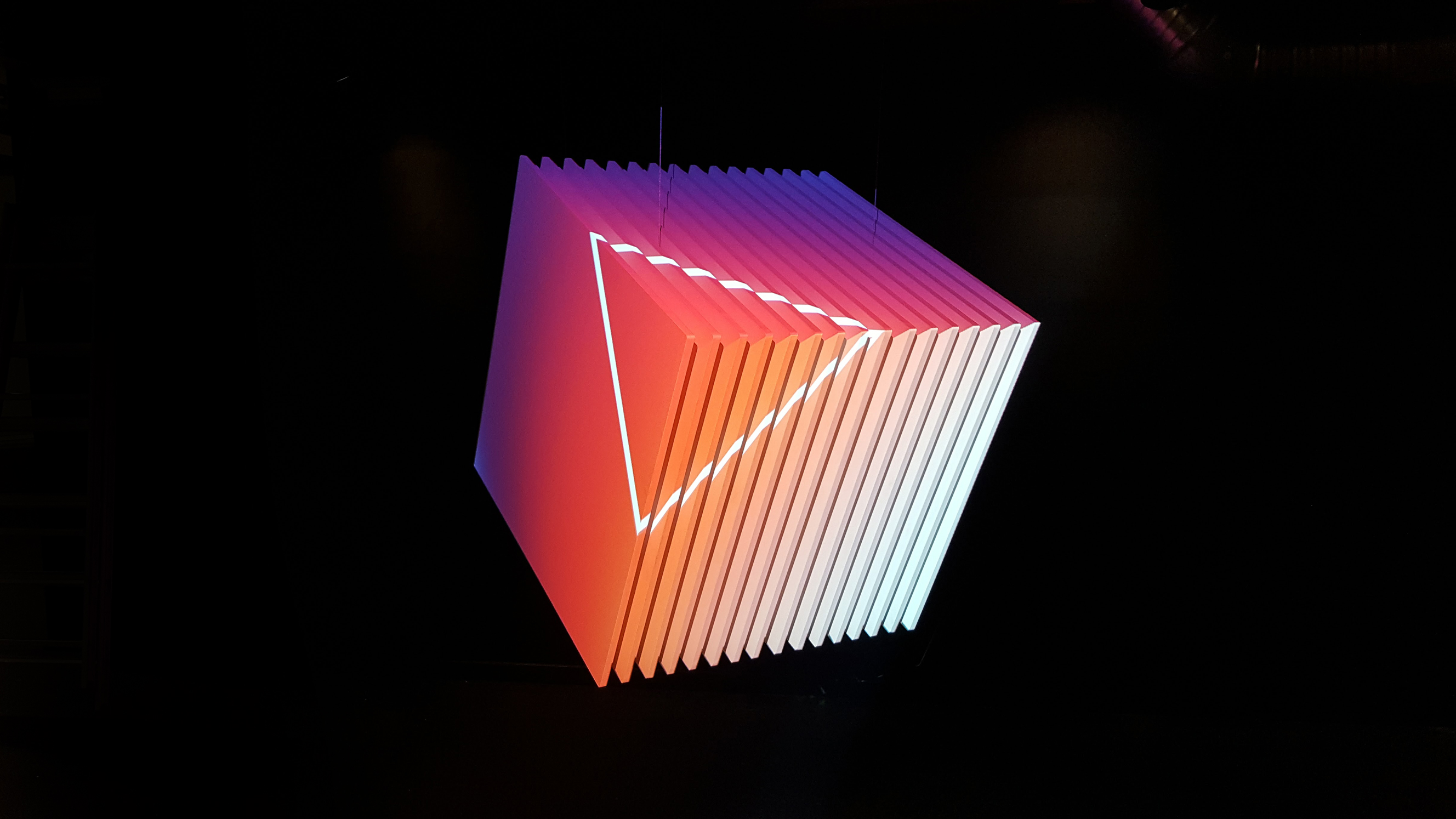 Epicenter is an office and innovation hotel in down town Stockholm. When they rebuilt their office and rebranded themselves we got the project to expand their visual identity through creative installations in their new office space.

They wanted something to make a splash and become a sort of beating heart in their lobby, to be futuristic but still with warmth. From their new identity there was a reoccurring hexagon shape and the idea of a tilted sculptural cube took form. By hanging it at an angle we could play on the hexagon shape, by segmenting the shape it became more dynamic and added depth. To take it into the future we created motion graphics inspired by their new colourful identity and used projection mapping to illuminate the cube.

The effect is spectacular, the cube seems to be floating and forms a sculpture where the brain meets the heart, giving the lobby a beating pulse in the digital and physical space.

For their main entrance we created a networked wall. Epicenter functions as a innovation office hotel and the wall symbolises the integral meeting points of the different companies and people that inhabit their space. The 12 screens are connected via the UBIQ system and can show synched or separated content to create an installations where the digital meets the physical. 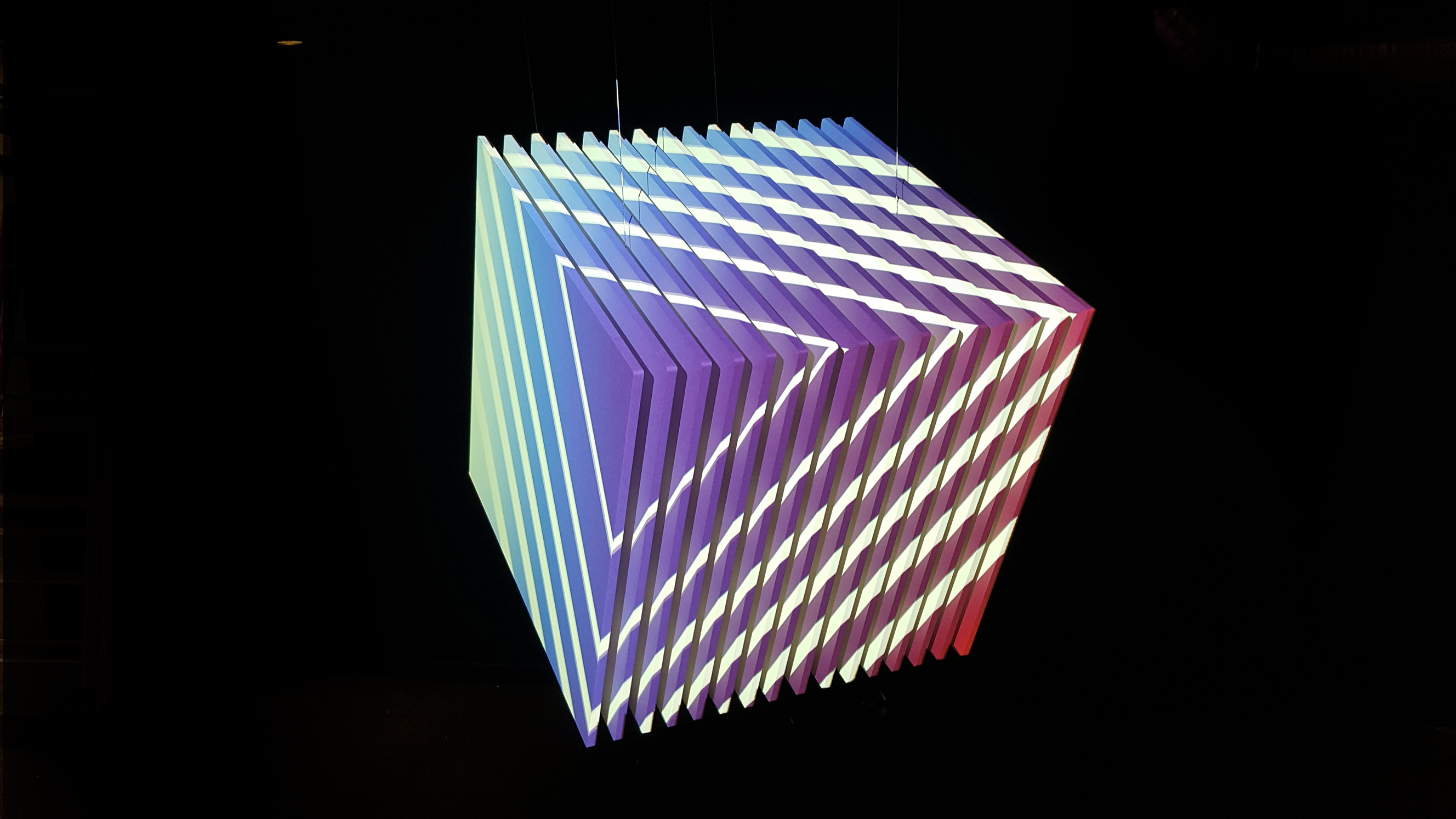 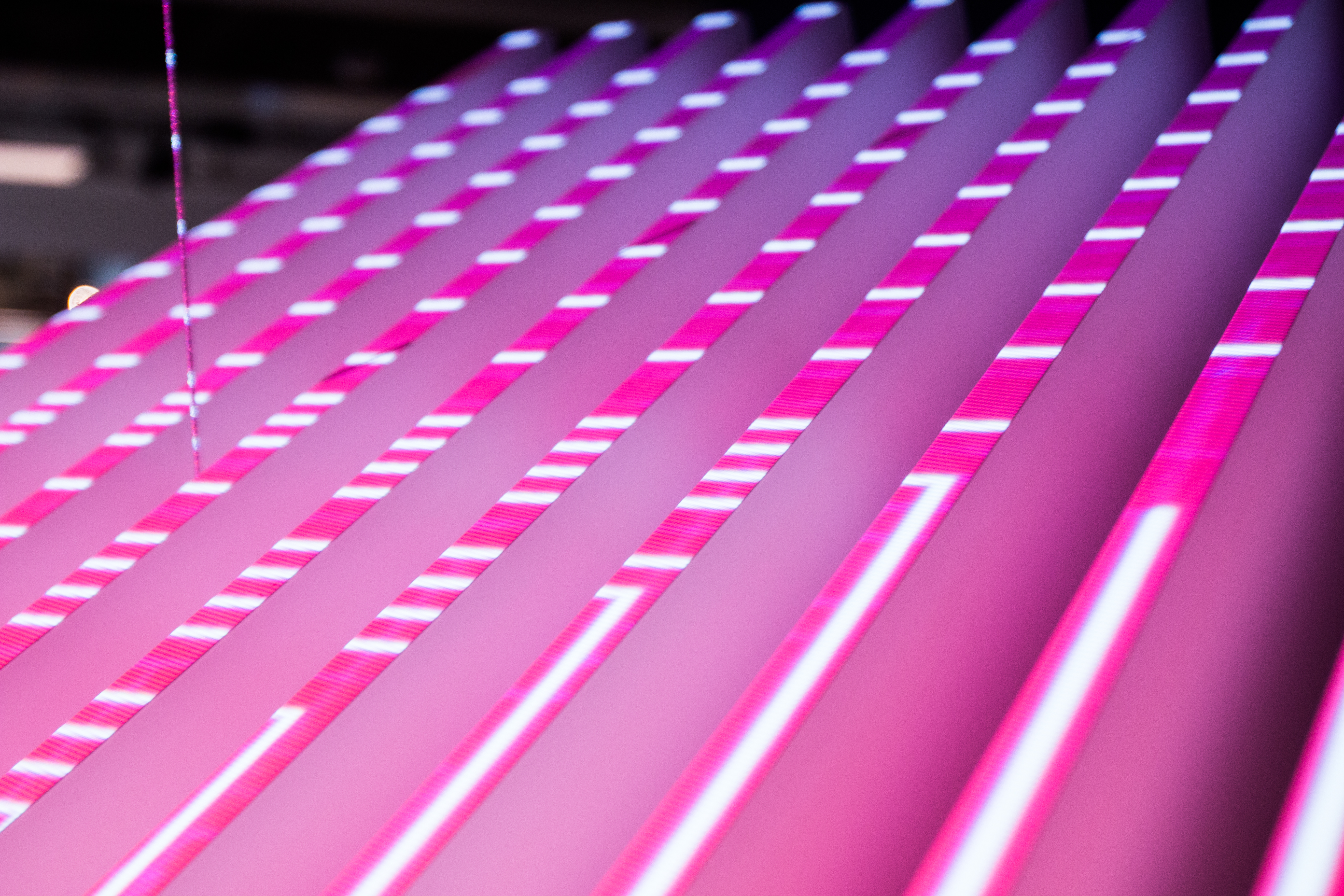 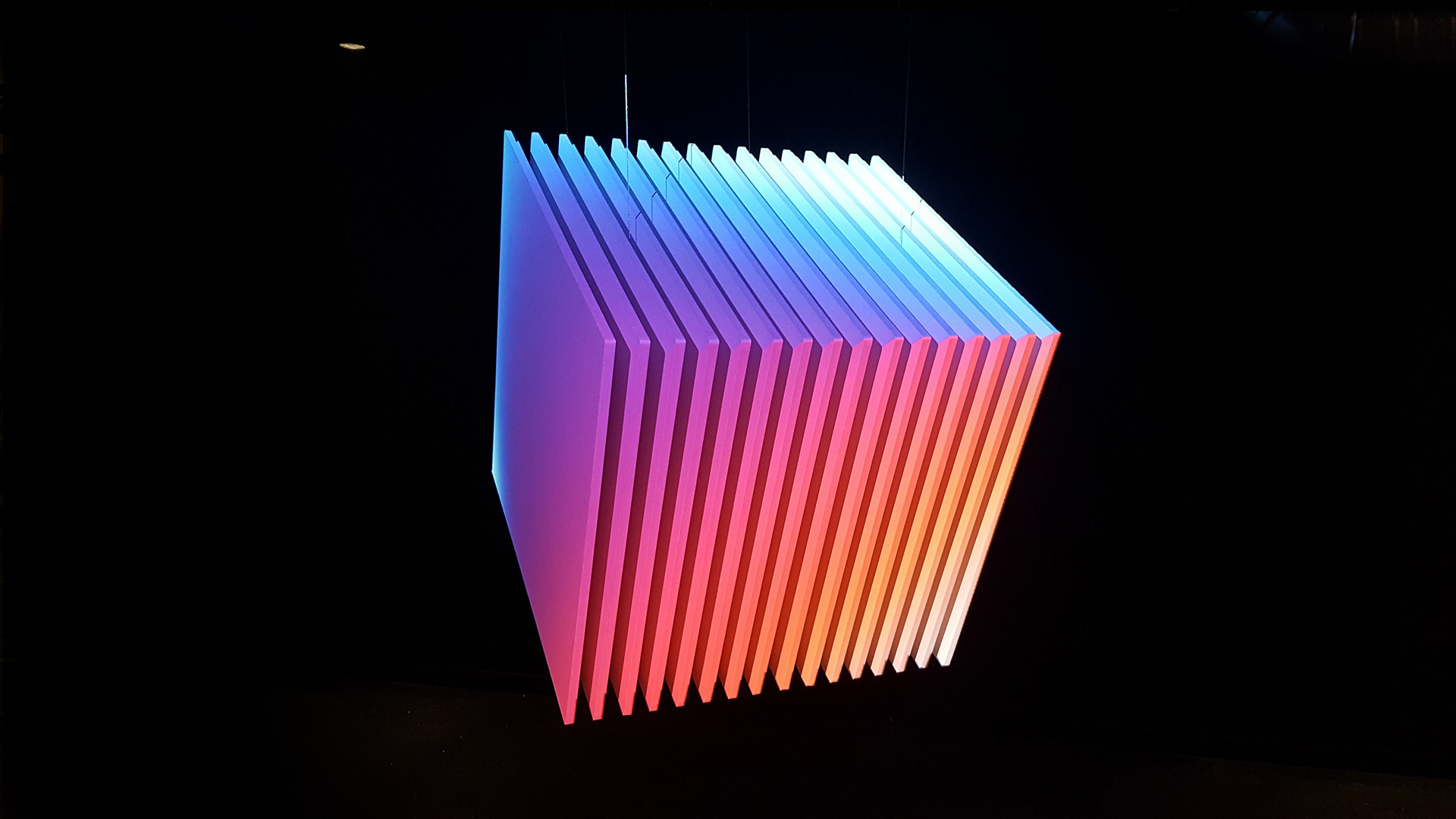 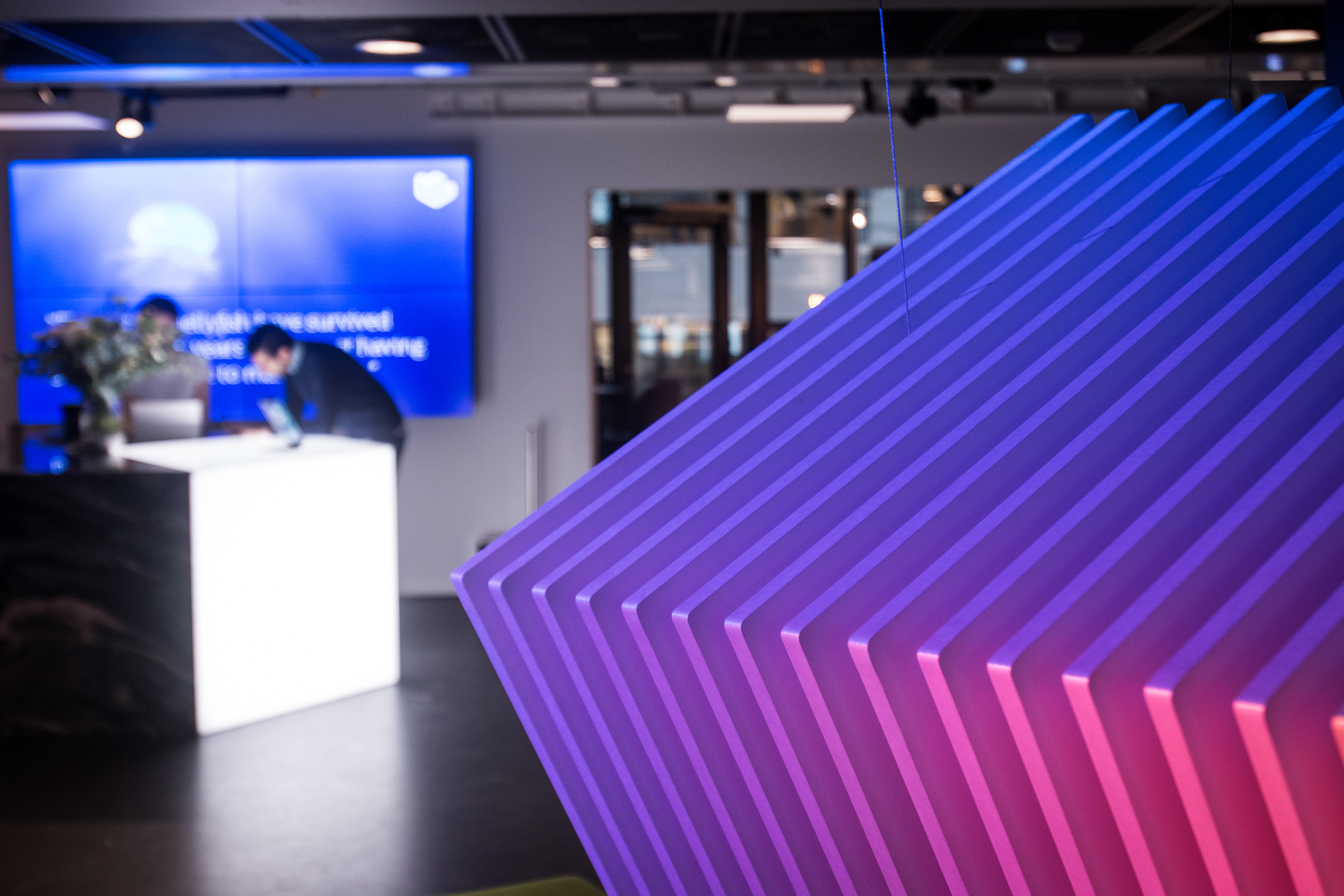 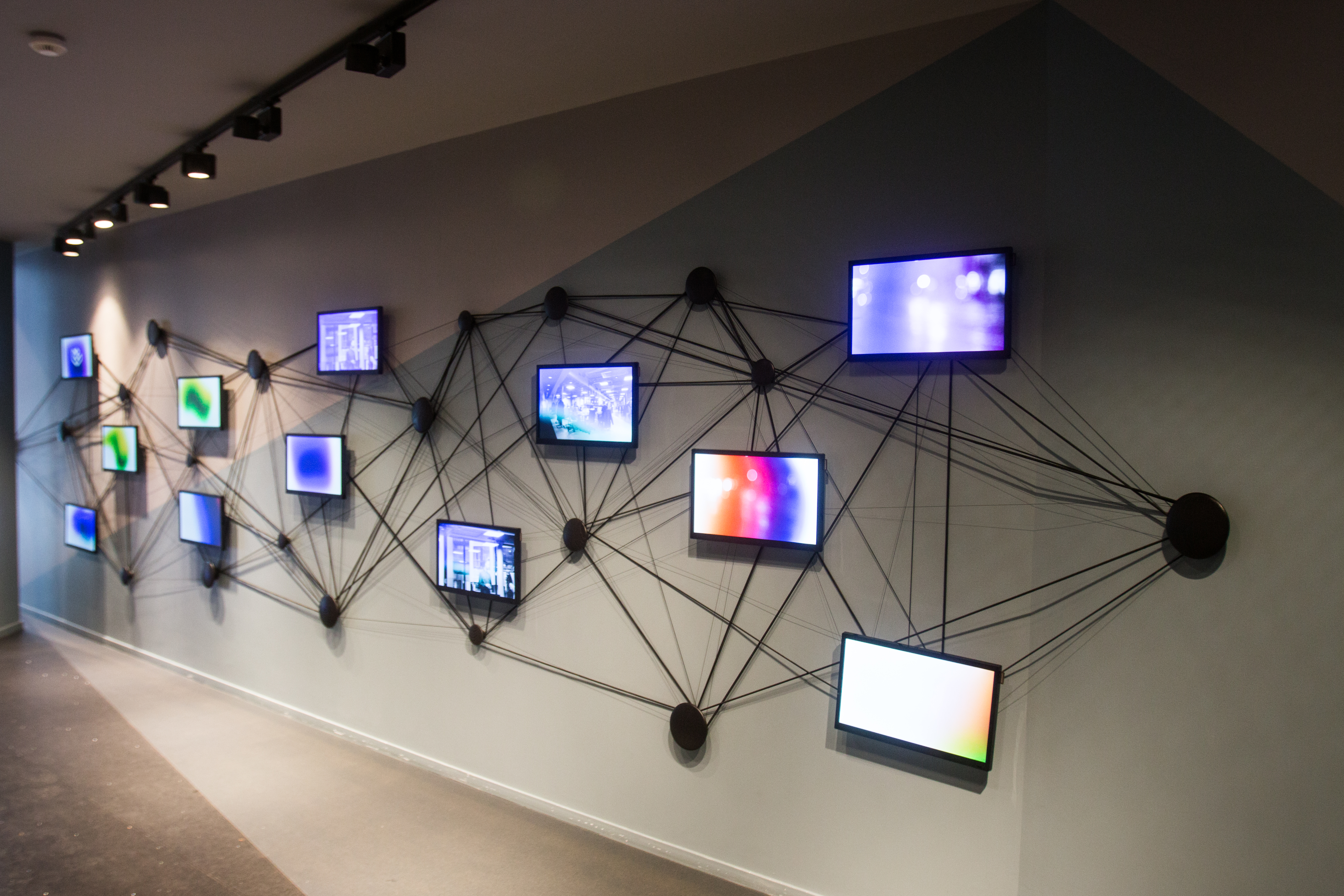 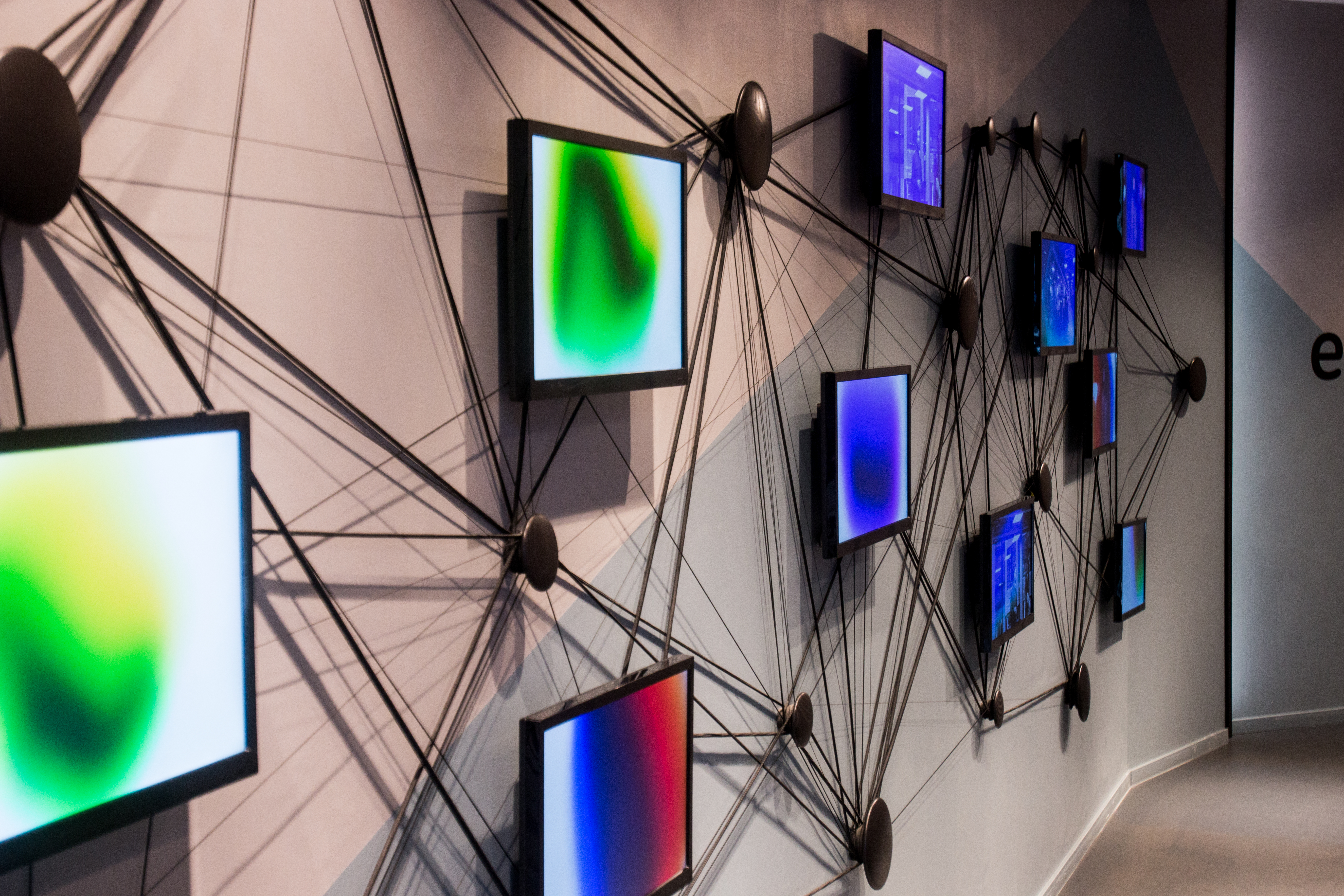 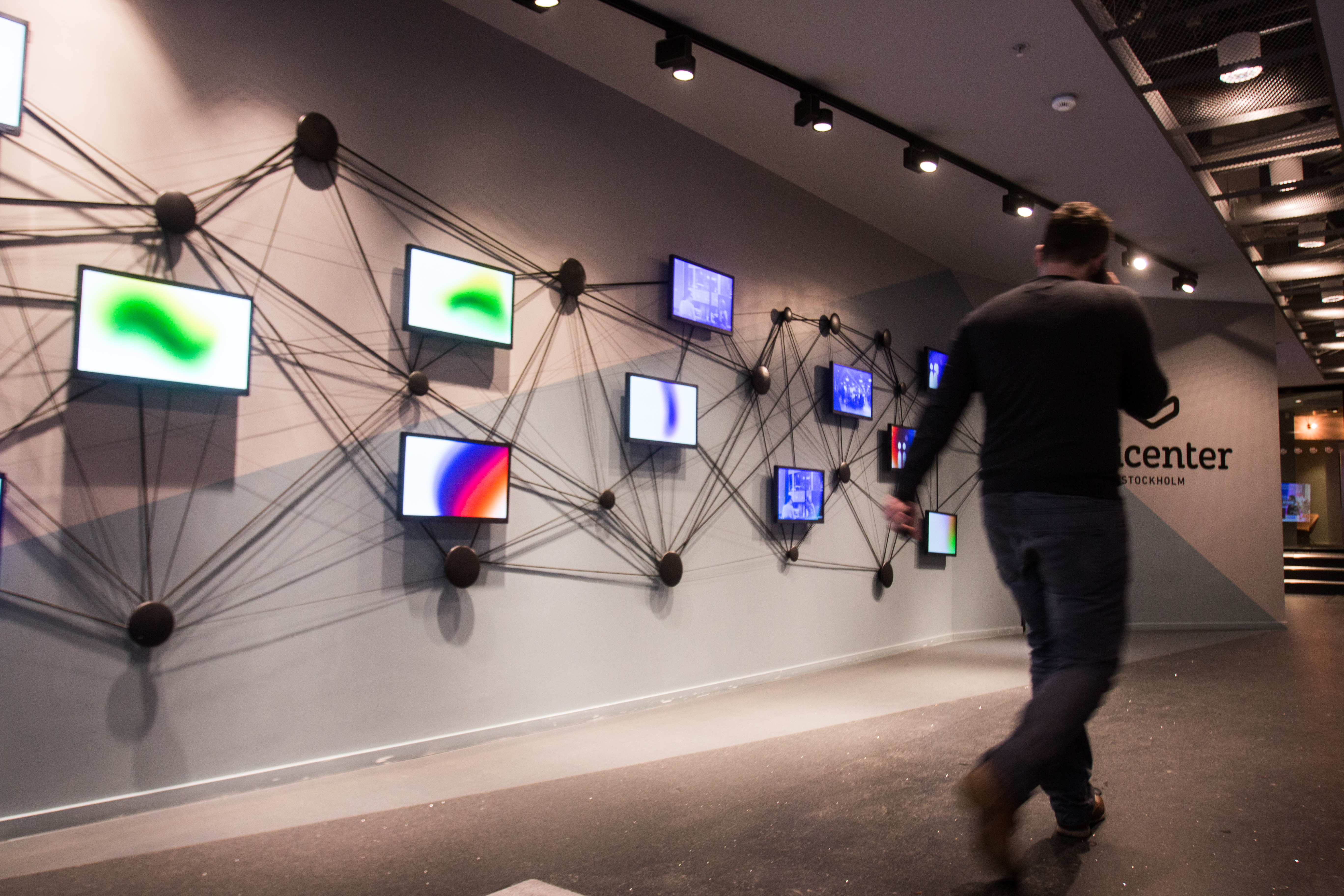