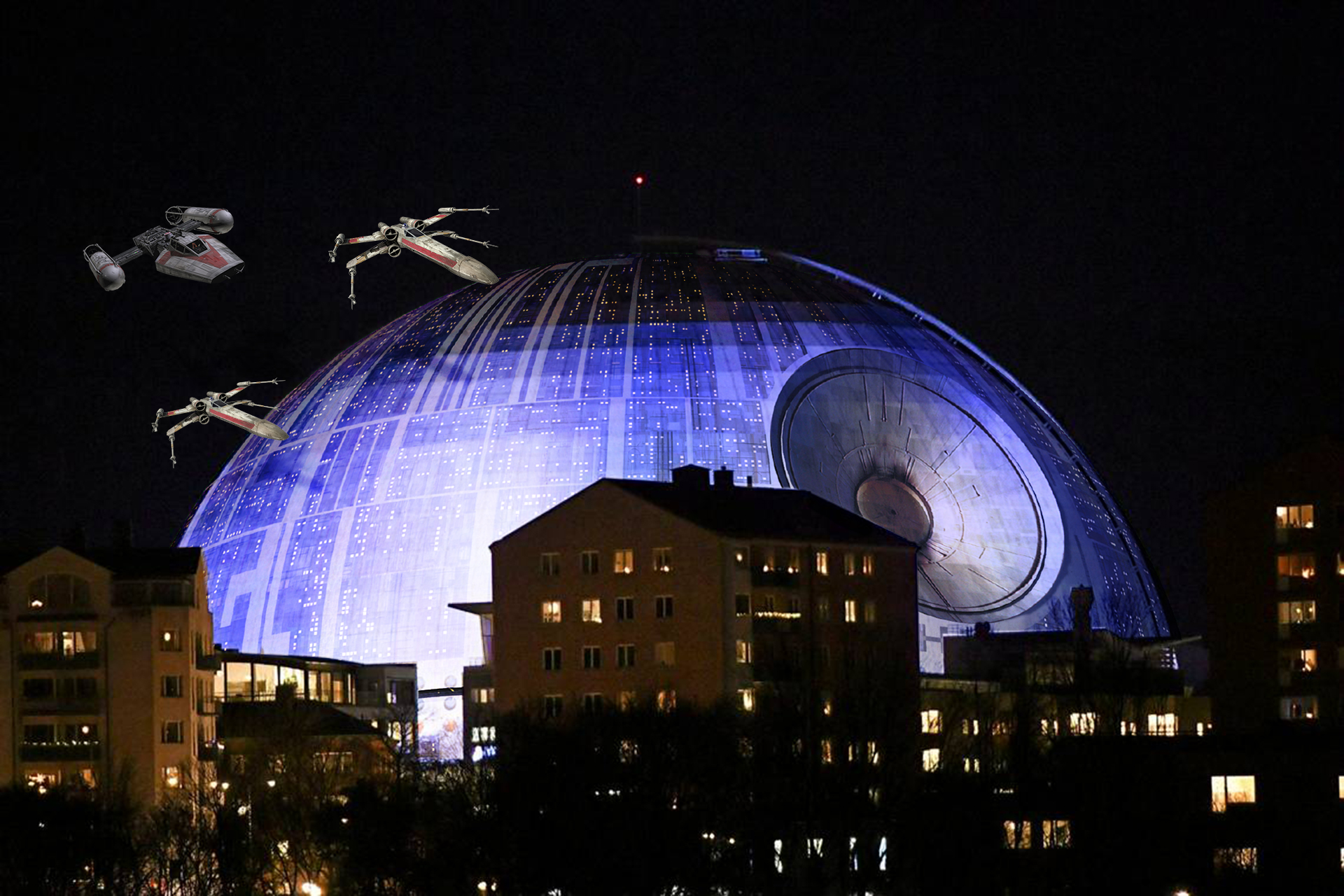 A few months before the video game Star Wars Battlefront 2 was being released I was driving past Stockholms famous Globen Arena and something clicked. Stockholm is the only city in the world with it’s own Death Star! If you’re unfamiliar with the concept of a Death Star, leave now and watch the original Star Wars movies and come back and you’ll understand.

With my familiarity of projection mapping I could easily see how the arena could be transformed into the Death Star and Stockholm could host the most epic Star Wars event ever for the new Star Wars game that was going to be released.

At my workplace, Onemotion IMC, we had previously worked with Electronic Arts, the game developer in charge of the game, previously and I made a couple of mock ups to send them and explained how this would be an international sensation as a game release. The person we contacted unfortunately didn’t share our excitement however and failed to see the relevance to the game itself…  even though the Death Star was a major part of the new game. Sadly the project got REJECTED.

But I still have hope for this to come to fruition, it’s just to cool not to make a reality. But now when the idea has rested for a bit I can see a bigger audience being drawn to an event like this as a live Star Wars evening with heroes and villains fighting it out and drones being dressed up as X-wings and Tie Fighters, filling the sky/arena with intergalactic fighting. Currently there’s a show in Disneyland Paris with live action Star Wars that would be ideal to but on the stage. And with a new Star Wars movie coming out in December 2019, we’ll see if the Death Star can land in Stockholm. 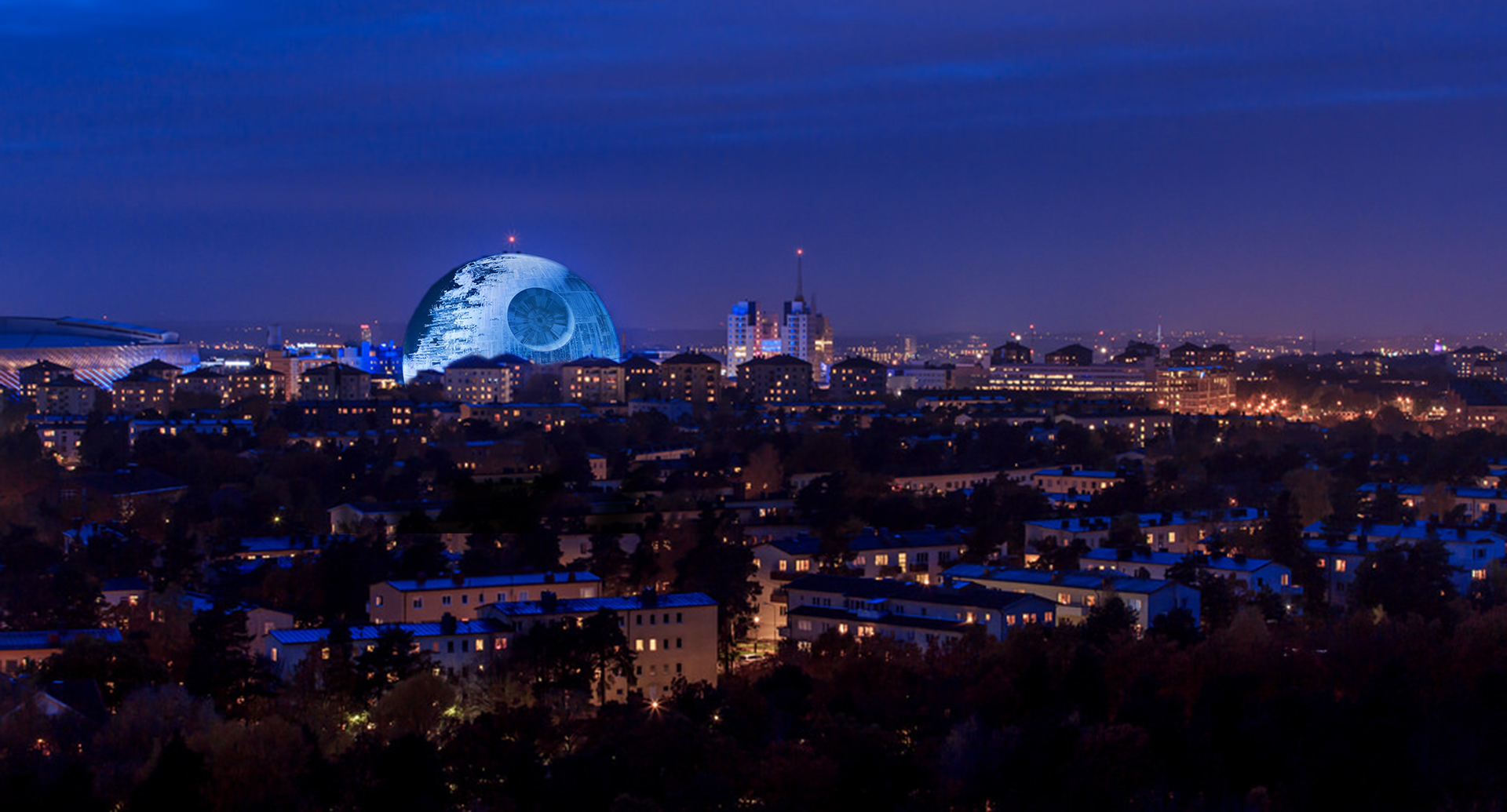 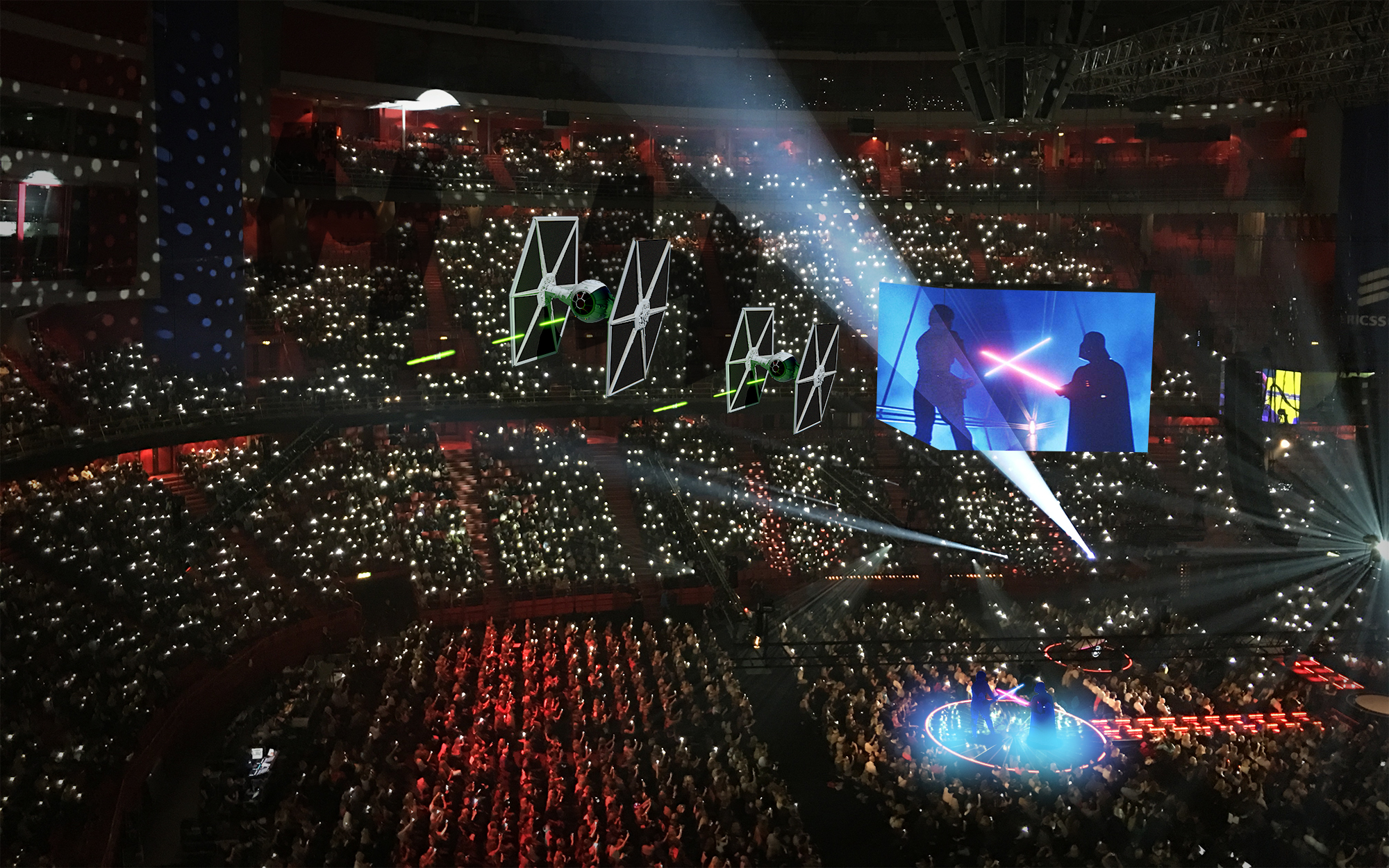